The Versilia (formerly Fosse Papiriane) is a part of Tuscany in the north-western province of Lucca, and is named after the Versilia river. Known for fashionable Riviera resorts, it consists of numerous clubs that are frequented by local celebrities.

The most famous and populated part of this area is Viareggio, which extends along the coastline and is at the foot of the Apuan Alps, traveling from South to North, beginning at Stazzema and up to Marina di Massa.
The coastal shelf is sandy sloping gradually into the Ligurian Sea, which stretches from the ligurian coast up to the Piombino promontory, and not from the Tyrrhenian Sea as mistakenly believed, whose name has replaced the historic nomination, The Tuscan Sea.

In Roman times the Versilia was known as Fosse Papiriane and was a large swamp between Pisa and Massa, and between the sea and the Apuan Alps. He was touched dalla Via Emilia Scauri, and crossed by the Via Aurelia. During the medieval era through the inside, along the South-East North-West, by Via Francigena.

The so-called "Historical Versilia" consists exclusively of four common places: Pietrasanta, Forte dei Marmi, Seravezza and Stazzema. The latter two, because the land is located mainly on hills and mountains of the Apuan Alps, are the so-called "Alta Versilia” or Upper Versilia. From the geographical point of view the "Historical Versilia" extending from the north Cinquale valley to the south Motrone valley, and coincides with what was the Capitanato di Pietrasanta.

A major literary figure who attended the Versilia at the beginning of the 20th century was Gabriele D'Annunzio, who had built a huge villa in the pine forest around Pietrasanta. The poet spent there the last years of his life, composing the most famous verses of Alcyone and Francesca da Rimini.

Only 25mt. from the hotel! Special discounts for beach services. 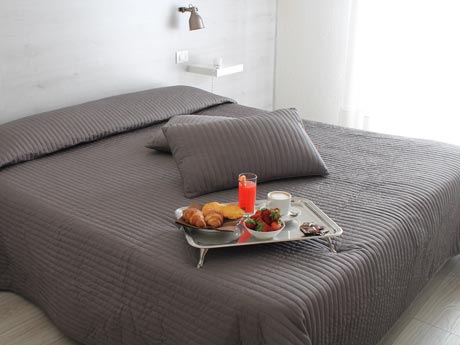 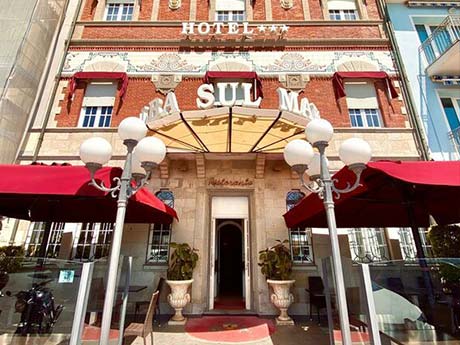 Get the best rate by booking from this website